Finding My Soul After Losing My Grace 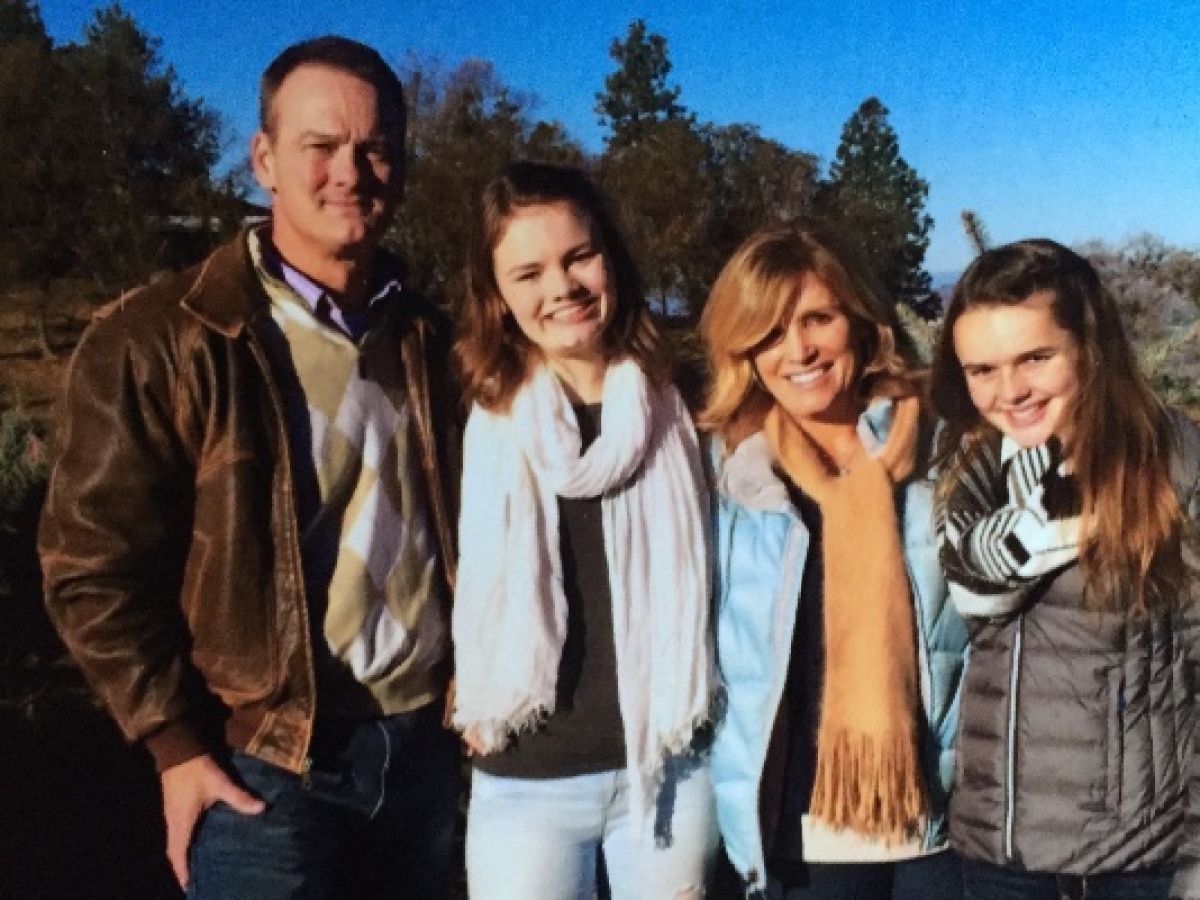 I will never forget that day. It will be seared in my mind forever and has significantly altered my life’s path and who I am at the core today.

It was the last day of winter break before school started – January 3, 2016. Like typical Oregon winters, the day was dark and dreary. My plan that morning was to go for a run and then in the afternoon attend a funeral of a co-worker who I taught with at Hedrick Middle School.

Around 10:30 that morning, I asked my daughter Grace if she wanted to go running with me, which she usually would. Grace said no – she was angry with me for taking her phone away earlier that morning. I asked my other daughter Jill Rosie and she rode her bike while I ran. Grace stayed home.

We returned 45 minutes later but Grace was nowhere to be found. I thought nothing of it as we had a large property and she would often roam around for hours. However, I did want to find her before I left for the funeral so Jill Rosie and I searched for her.

We spent nearly three hours looking for Grace. The time for me to leave to get to the funeral on time had passed and I was becoming increasingly irritated, not even considering that something bad might have happened. I was angry with her because I thought she might be “hiding” to punish me for taking her phone earlier in the day.

I was on the phone with the girls’ dad, the car door open as I was debating about whether to leave for the funeral, when Jill Rosie, 13 at the time, said, “Oh, there she is mom.” My life as I knew it was over.

I lost my daughter Grace to suicide. She was 15 years old. September is National Suicide Prevention Month – I believe every month should be dedicated to suicide prevention.

There are so many parts of that day I don’t remember. What I remember most was seeing Grace’s face and death– I knew immediately she was gone. I remember Jill Rosie making a primal, guttural scream that I had never heard from anyone in my life. I remember I kept telling her, “Don’t look! Don’t look! Call 911.” I was yelling out instructions to her trying to distract her from the horror.

I also remember performing CPR on my deceased daughter for what seemed like hours until the first responders came. I remember my friend Melissa coming over to pick up Jill Rosie to take her away from the scene. I remember being so inconsolable and desolate that another friend, Leslie, admitted me to the hospital to help calm me down.

I remember involuntarily crying every day for a year straight – overwhelmed by the grief, anger and sadness that my beautiful daughter was gone. I remember Grace’s death making my relationship with my other daughter Jill Rosie so fragile we barely spoke for a year. And, I remember it fracturing my marriage so significantly that my husband and I divorced two years later.

After nine months, I started to regain my life when I returned to school to teach and plan Run with Grace 5K. My students were my saviors and resurrected my soul. This is when I started to find my joy again – through their passions and my purpose of making a difference in their lives.

My friend Lisa helped me start Run with Grace, which provided me a way to celebrate Grace’s life and raise awareness about the importance of suicide prevention. During the annual run, we honor her memory as a truly wonderful and special girl, not just someone who took her life. I want people to remember Grace as more than a mental illness or suicide statistic. My ultimate goal with Grace is not to remember the end but only the wonderful times, her kind and generous spirit, and her beauty.

Losing a child to suicide creates a pain so indescribable and terrifying that you can’t fathom how you’ll ever survive it. I was so consumed by the grief and agony, I often felt like my heart would stop beating and I couldn’t go on. It really is a pain incomprehensible to others who have not experienced it.

I don’t want another family to understand what that pain feels like – but I know the reality is there will be others. I share takeaways from my tragedy in hopes it might spare other families from having to bury their child far too early.

Grace’s suicide and death have forever changed my outlook on life and how I treat others. Grace’s most prominent gifts were that she was an incredibly kind, caring and loving person. But she wasn’t able to understand or process the hate and cruelty in our world. After losing Grace, I have made a concerted effort to carry and emulate her gifts and values through my own actions and how I treat others. I also try not judge people by their external demeanor – physical appearances can be deceiving. One of the comments I heard most after Grace passed was that she always had a smile on her face. It just goes to show people often don’t outwardly display their pain and sadness. And for youth, it can be even more difficult and overwhelming.

For help or more information on suicide, contact the National Suicide Prevention Lifeline at 800-273-8255 or visit www.suicidepreventionlifeline.org.

Andrea is looking forward to the Teen Mental Health chat with parents this Saturday, September 24, 9:30 a.m. at Sacred Heart Church in Medford, Oregon. This open to the public and a free event! ... See MoreSee Less

Fatigue is a feeling of constant tiredness or weakness and can be physical, mental or a combination of both. It can affect anyone, and most adults will experience fatigue at some point in their life. #mentalhealthmatters ... See MoreSee Less

May is mental health awareness month and we continuet to see these scary realities. Let's address these issues surrounding youth and mental health, otherwise we'll continue to see these struggles and crises at schools around our nation.kobi5.com/news/local-news/threat-at-crater-high-school-comes-amid-u-s-surgeon-generals-youth-ment... ... See MoreSee Less

May is Mental Health Awareness Month. The Lemonade Project continues to fight stigma, provide support, educate the public and advocate for policies that support people with mental illness and their families. #SqueezeOutStigma 🍋 ... See MoreSee Less

Sometimes we allow our insecurities or fears dictate our relationships. We are often so preoccupied ensuring that the other person won’t leave us, that we don’t take a moment to reflect on the quality of the relationship or our own wants and needs. ... See MoreSee Less

Your opinion of yourself is more important than anyone else's! ✨ ... See MoreSee Less