“She Looks So Normal” – Aspergers In Girls – What Does It Look Like? 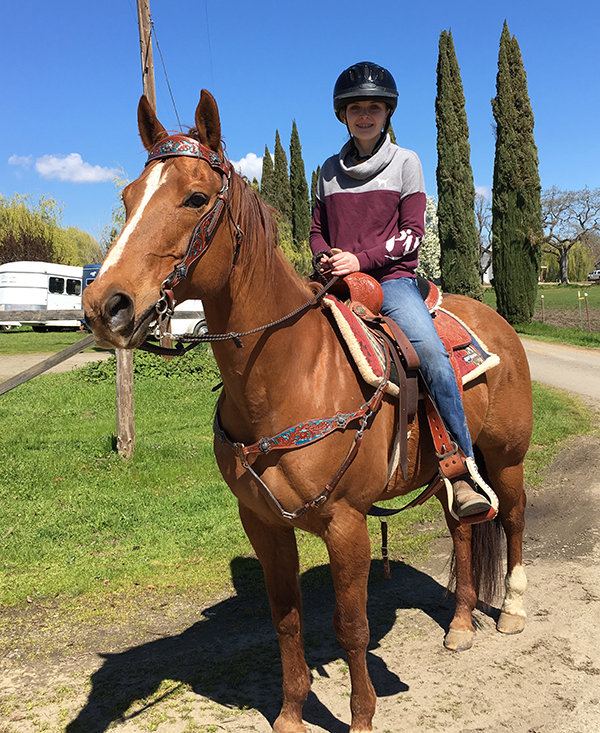 Lately, I’ve come across several articles that touch on how Aspergers in girls is often misdiagnosed and missed altogether, robbing them of developmental opportunities, school resources, and the much needed praise and validation for who they are. Their symptoms often go unnoticed because they mimic the social behaviors of their female peers and are often quiet and unassuming in class. It wasn’t until we sent Chloe to treatment when she was 13 that she was officially diagnosed on the autism spectrum.

I bring attention to this misdiagnosis because it was a huge “Aha” moment for us and a diagnosis that would have helped us structure our parenting and her schooling much differently during her young and critical developmental years. I remember the therapist and psychologist providing us that diagnosis and I just burst into tears. I was extremely emotional due to the guilt I felt over robbing her of the love, support and understanding she needed for 13 years, angry at the school system and her doctors for missing her diagnosis and blaming her and us for her inadequacies and lack of skills at school, while feeling relieved that we could move forward with a better understanding of who Chloe was and how we could facilitate her growth.

Autism is not a disease, or a reaction; it is a developmental neuro-biological difference in brain functions. People with autism may evidence difficulty in social interactions, problems with verbal and nonverbal communication, and odd or restricted activities and interests. Symptoms of autism are usually recognized during the first three years of childhood; however, high functioning autism or Aspergers Syndrome is often not recognized until children are of school age.

utism, characterized in the past as a result of an “extreme male brain”, is far more prevalent in women than previously thought but is still often untreated because the stereotype focuses on male behavior. Girls mask their symptoms by learning to imitate the behavior of non-autistic people. But without a diagnosis, experts say, their difficulties with social interaction and attachment to routine are misunderstood at school and then work, leaving them at increased risk of mental health problems including depression, eating disorders and self harm. Often naive and fearful of displeasing people, autistic girls and women are also vulnerable to abuse, which Jeff and I experience often with Chloe. She is often so desperate for friends and boyfriends and naive about her surroundings, she’ll find herself in dangerous and risky situations with “friends” who are more interested in how much money they can get from Chloe for drugs than an actual relationship. These lessons have been hard and devastating for Chloe, to say the least.

Below are ways girls differ from boys with Aspergers Syndrome:

Many girls and women with Aspergers Syndrome are not being diagnosed and are therefore not receiving the help and support needed throughout their lives. Having a diagnosis is the starting point in providing appropriate support for girls and women in the spectrum. A timely diagnosis can avoid many of the difficulties women and girls with an autism spectrum disorder experience throughout their lives.

What should I do if I suspect my daughter has Aspergers Syndrome:

If you think your daughter may fall in the spectrum, you are most likely receiving psychiatric services. Bring this blog article or other articles to your next appointment and address your concerns. Your psychiatric provider should have some evaluation resources to make a proper diagnosis. If your daughter does in fact have Aspergers Syndrome or is on the autism spectrum, she will be eligible for special services from your school district that will make it much easier for her and you to navigate the social nuances of school.

Produced naturally in the body and in nature, 5-HTP helps raise serotonin in the brain. ... See MoreSee Less

SAM-e has triple the benefits. Try adding this in to your vitamin regime and see if it helps! ... See MoreSee Less

Most of us are not getting enough Omega-3 fatty acids in our diets, at all. ... See MoreSee Less

Sometimes, even the healthiest of us get down. This week we are going to share some supplements to help you get back up! 🍋 ... See MoreSee Less

“There comes a time when silence is betrayal.” - MLK

A lot of people might not realize, but Martin Luther King struggled with mental health issues his entire life, including attempting suicide twice in his early teens.
Imagine the world without his influence? It's unimaginable. Every single one of us is here for a reason.

For those who struggle with mental illness, remaining silent is often a choice we think we should make. We think that by admitting that we are struggling, we are admitting a weakness of character. MLK Jr.’s words tell us that by remaining silent when you are suffering, you are betraying your own heart and you are causing further pain to yourself. Finding your voice and the courage in the most difficult of moments to seek help can show how strong you really are. - Mindwise ... See MoreSee Less

Let's all pay attention. Trying times have enveloped our youth and our adults. Watch for red flags and take action. ... See MoreSee Less

The Lemonade Project shared a video from the playlist Four Nine Follows.