The Silent, Painful Loss of Friends 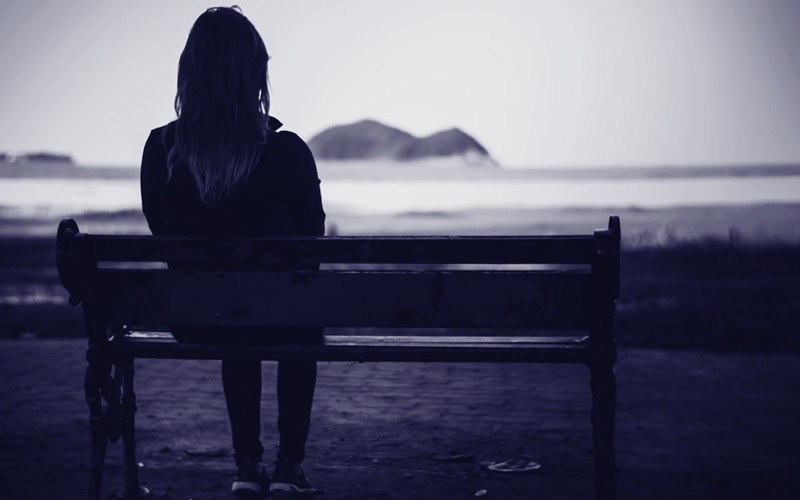 In the early years of Chloe’s mental illness, we didn’t share a lot of details about it with friends. We were still trying to figure it out for ourselves and we didn’t understand whether her behavior was willful or due to other disabilities or learning problems. Plus, as many of you know, the stigma surrounding mental illness is deep, so it often makes it tricky to discuss. The friends I did disclose details with generally minimized it as normal childhood problems and behaviors and suggested our parenting perhaps wasn’t strong or consistent enough.

What made things particularly challenging as Chloe’s mental illness became more apparent was that some of my friends are educators. And, even when we were in crisis daily and going through some of the greatest stress of our lives with Chloe and our school district over special education accommodations, I tried not to share too much with my friends as they often didn’t understand the effects of mental illness on youth and the families involved. I didn’t want to burden them and, quite frankly, they had a different perspective of “bad kids who misbehaved” in school.

Early on, when we were invited as a family to friends’ gatherings, socially-inept Chloe was odd, attention-seeking and annoying and we’d often leave the party early. We quickly learned not to attend parties with Chloe, however, more than often, we just weren’t invited. After Chloe became older and started making some friends, her preference was to spend time with them and we began to be invited to our friends’ gatherings once again.

When Chloe entered high school and began to fall in with the wrong crowd, I was mum with most of my  friends. They would never understand or accept how her significant deficits affected her behaviors and choices and that it was something she didn’t know how to change, nor did we. A girl who was bullied her entire life by other kids, adults and educators for things she didn’t understand – her communication nuances, the cause and effect of her choices, and how things in life are interconnected. What she did know was that she finally found friends that accepted her for who she was (even though they were on the fringe in a dangerous way).

All of my friends have accepted our decision to send Chloe to treatment and they usually ask about her progress, which I keep brief, optimistic and general. Because that’s what they want to hear. People that haven’t experienced what it’s like to raise a mentally ill child find it difficult to comprehend that a mental illness can cause behaviors and choices they often can’t control. When a youth’s behavior is out of the box, instead of our society believing every kid wants to be understood, accepted and do the best they can, punitive beliefs, patterns and measures prevail.

However painful it has been to me, what I’ve learned over the years is that there are only a handful of friends who understand our challenges of raising a mentally ill daughter and openly listen to the entire story, good, bad and everything frustrating in between. Because even though Chloe is currently at an amazing treatment facility, the reality is her neurological deficits aren’t going away and she will need a lifetime of support.

Let us know what you’ve experienced with a loved-one’s mental illness or what you’ve faced yourself. Submit Your Story or leave comments. Always know, you’re not alone.

Most of us are not getting enough Omega-3 fatty acids in our diets, at all. ... See MoreSee Less

Sometimes, even the healthiest of us get down. This week we are going to share some supplements to help you get back up! 🍋 ... See MoreSee Less

“There comes a time when silence is betrayal.” - MLK

A lot of people might not realize, but Martin Luther King struggled with mental health issues his entire life, including attempting suicide twice in his early teens.
Imagine the world without his influence? It's unimaginable. Every single one of us is here for a reason.

For those who struggle with mental illness, remaining silent is often a choice we think we should make. We think that by admitting that we are struggling, we are admitting a weakness of character. MLK Jr.’s words tell us that by remaining silent when you are suffering, you are betraying your own heart and you are causing further pain to yourself. Finding your voice and the courage in the most difficult of moments to seek help can show how strong you really are. - Mindwise ... See MoreSee Less

Let's all pay attention. Trying times have enveloped our youth and our adults. Watch for red flags and take action. ... See MoreSee Less

The Lemonade Project shared a video from the playlist Four Nine Follows.

This is why mental health is critical. ... See MoreSee Less

...And one of the hardest. Love yourself! ... See MoreSee Less